WINTER PARK, an excerpt from Chapter 3

Here’s a new review of Winter Park at the Spine View.

The review was written by Chris Lura.

“A powerfully distinctive voice.”  ~Michael Schmidt, author of The Novel: A Biography

“I read Guest’s work like I read Lyn Hejinian’s – with amazement at the logic and connections made.”  ~EK Reeder, author of Ramshackle and Fremont 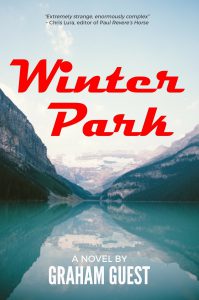